The name Michael Jordan is synonymous with success. He led the Chicago Bulls to six NBA championships and earned the Most Valuable Player Award five times during his career. Even if our children are not as familiar with him and his Air Jordans as we are, we can look to his life as an amazing example about setting and reaching goals.

Dream Big: Michael Jordan and the Pursuit of Excellence

is a touching story about a young boy’s dream of becoming an Olympic basketball player. The book was written by Michael Jordan’s mother, Deloris Jordan. There is something so extra special about this book since his mother must have been so incredibly inspired by her own son that she wanted to share his story with all children.

The book begins with Michael and his mother struggling over homework. Sound familiar? Michael would much rather be playing basketball with his friends than working on math problems. He learned about the Olympics in school and decided that he would one day play for the U.S. Olympic team. He was quite young when he announced this dream to his mom–only nine years old.

His mother didn’t seem to take this dream very seriously at first. She explained to him that he would have to work extremely hard for a long time to reach that challenging goal. But Michael kept his eye on the prize and ended up playing for the middle school basketball team before he was even old enough. He went on to play in the 1984 Olympic Games in Los Angeles. And the rest is history.

This book is sweet and simple, offering a valuable lesson to all children about setting and reaching goals. Some of the main points captured in the book include:

Finally, I love how the book ends with an inspiring note from Michael’s Mother:

And Michael never gave up after that game. Not for a day. Even when he was cut in the tryouts for high school basketball, he just practiced harder and harder. Michael’s big dream grew just like he did. In the 1984 Olympic games in Los Angeles, Michael Jordan became an Olympian for the U.S. basketball team and won his first gold medal. Somehow he knew when he was only nine that this is what would be. It all started during the pickup games on the blacktop with his friends. Michael never gave up. A giant step, no. A series of small steps, day after day after day, yes. Michael’s big dream came true. So dream big and work hard and your dream might come true too!

There are so many wonderful books available to teach our children about setting and achieving goals that I found it difficult to only choose one. Here are some additional gems for you to enjoy with your children:

Salt in His Shoes: Michael Jordan in Pursuit of a Dream

What recommendations do you have for children’s books about setting and achieving goals? 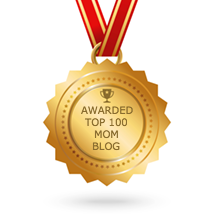 Sandi Schwartz is a participant in the Amazon Services LLC Associates Program, an affiliate advertising program designed to provide a means for sites to earn advertising fees by advertising and linking to Amazon.com.